The Da Vinci Experience show is over. Visit our page Events to discover all the activities organized by IL CENTRO.

l Centro is going to host Da Vinci Experience, an exclusive, multimedia and immersive show that recounts Leonardo’s genius, his science and his eclecticism, through an exhibition project focused on the concept of edutainment. To 1th May you can be “at the center” of an unprecedented, cultural and educational show, suitable for families. 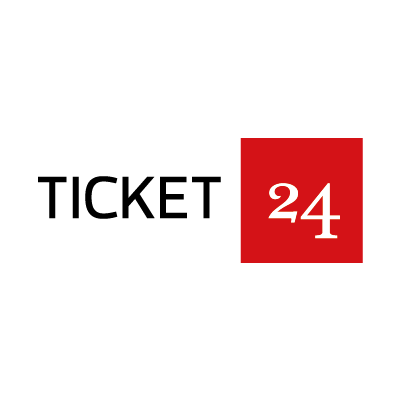 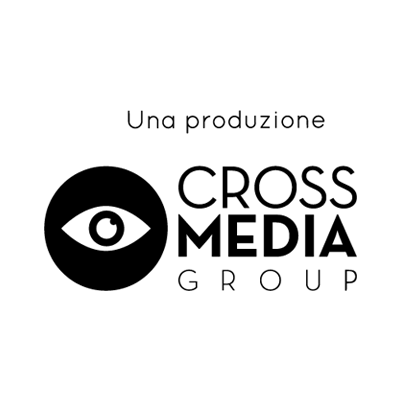 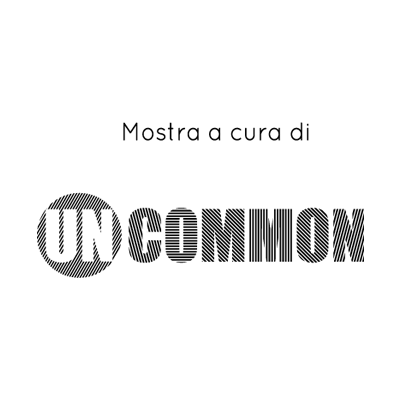 Da Vinci Experience will endow visitors with unique emotions, thanks to a video mapping show of hundreds of high definition digitalized images, full HD videoclips and a 360° Dolby Surround soundtrack.

The exhibition will be set up inside the EVENTS AREA on the first floor.

Moreover you can experience the 3D virtual reality by Orwell. Beside the exhibition there will be Oculus VR stations to make it possible for you to step inside the Leonardo war tank and interact with its mechanism, to sail on the paddle boat and to admire the flight of the Aerial Screw or the Ornithopter and many more!

SIGN UP TO ILMIOCENTRO AND BOOK YOUR VIRTUAL EXPERIENCE


And this is not all: some of the machines, built by Leonardo, will be displayed at Il Centro on a 1:10 scale at the events area beside the exhibition and on a scale 1:1 near the entrance N°1 of the ground floor and will be free to visit. 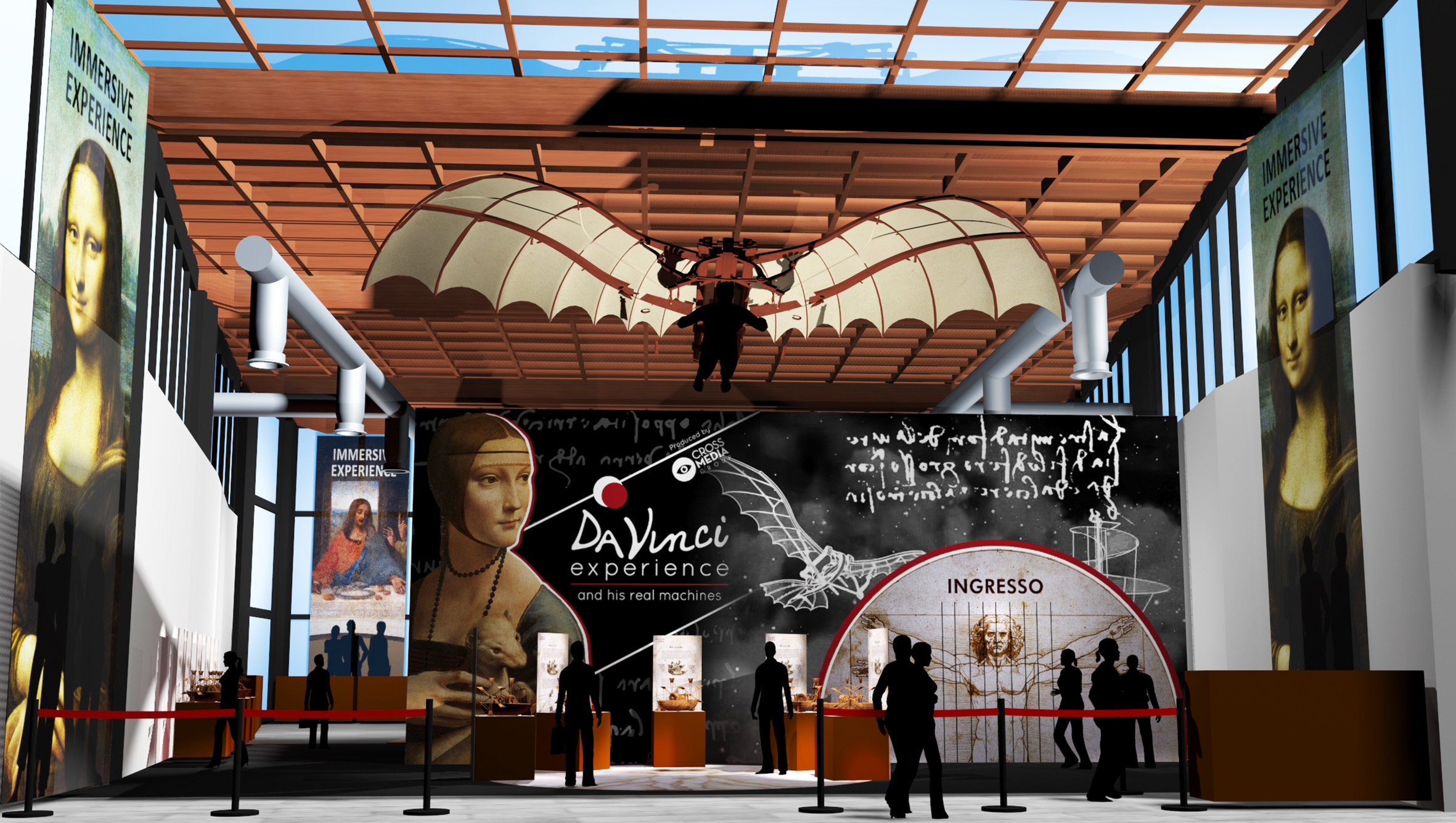 We all think we know the genius of Leonardo, but what we really know about the engineer, painter and scientist who revolutionized the world in the 16th century?

Leonardo son of Ser Piero Da Vinci, was born in 1452 at Anchiano, a small village near Vinci, in Tuscany. His education was guided by his grandfather Antonio in a fragmented and irregular way; that’s why Leonardo learned to write by himself with the left hand and on the reverse side compared to the normal writing. He was a kid when he moved to Florence with his family, where he was introduced to the artistic workshop of the Verrocchio, cradle of many other important artists of the following generation, like Sandro Botticelli, Perugino, Domenico Ghirlandaio. On 5th August 1473 Leonardo dated his first indisputable work, Paesaggio con il fiume, a drawing with a flying bird’s-eye view of the Arno valley, today at Department of Prints and Drawnings of the Uffizi. 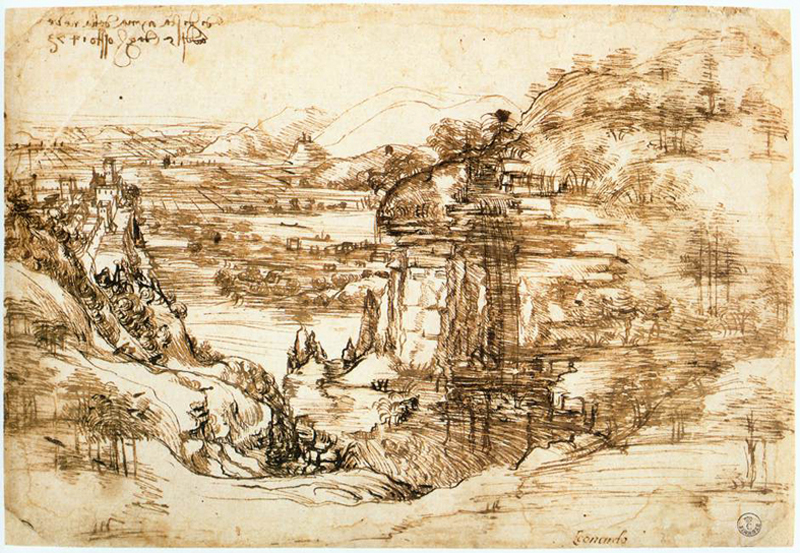 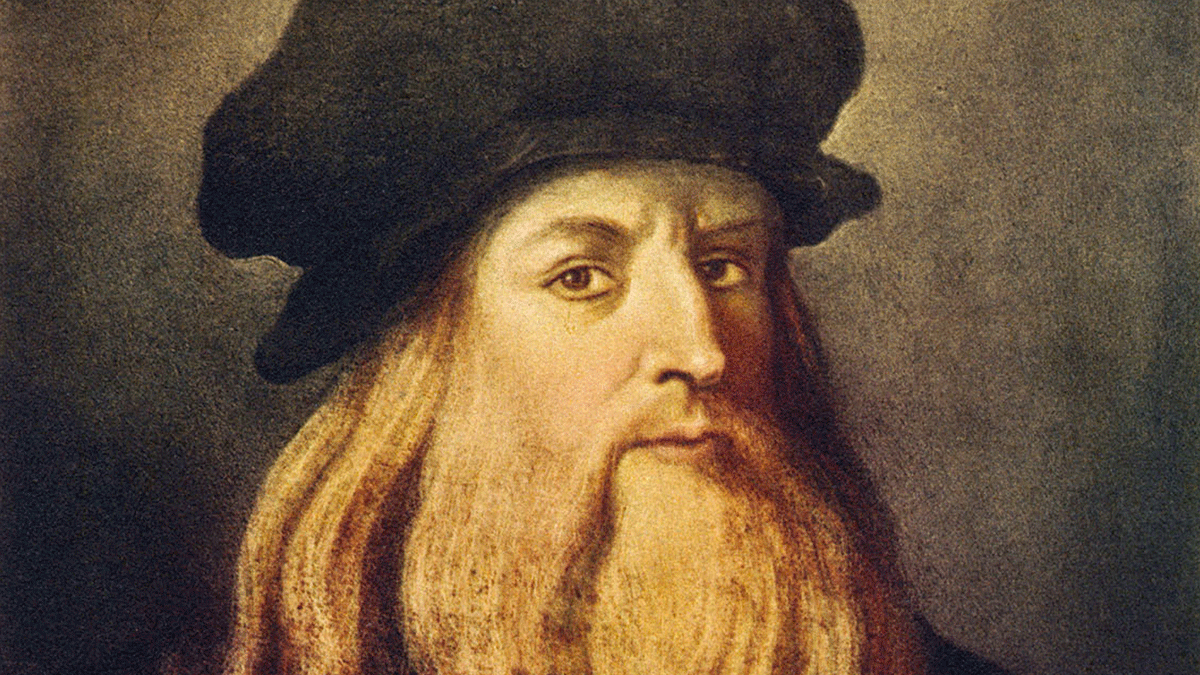 Between the end of 1460s and the beginning of 1470s, Leonardo became an independent master, signing paintings like the Madonna Drewyfus, Madonna de Garofano and Ritratto di donna. His approach to science probably began during his four years of silence, between 1474 and 1478, when it is supposed he spent time with the astronomer Paolo dal Pozzo Toscanelli. He got back to painting in January 1478 when he received his first public task, an altarpiece for the San Bernardo chapel of the Signoria Palace, which he never began and was commissioned first to Ghirlandaio and then to Lippi.

In those years he got acquainted with Lorenzo the Magnificent, who probably sent Leonardo as ambassador to Ludovico il Moro to deliver a gift from Florence. Thus he moved to Milan, fascinated by the city openness to scientific and technological innovations, due to the frequent military campaigns. After a first tepid welcome, not simplified by language problems, the first Milanese contract arrived: it was an altarpiece that Bartolomeo Scorione, prior of the Confraternity of the Immaculate Conception, commissioned to Leonardo for the Church of San Francesco il Grande, now destroyed. The painting, dated 1486, was the famous Virgin of the Rocks. In that period, also because of economic problems due to the fact he was not payed for the painting, he started to focus to the invention of military machines and the fine tuning of various technologies. He had also the opportunity to improve his anatomical studies begun back in Florence with an intense work on portraits, like the Belle Ferronière, now in Paris at Louvre, and the portrait of Cecilia Gallerani, generally known as the Lady with an Ermine. In 1494 his economic situation improved: il Moro commissioned him a fresco for the Monastery of Santa Maria delle Grazie, a place designated to celebrate the Sforzas. It was The Last Supper. To create it, Leonardo gleaned to the Florentine tradition of cenacles, reinterpreted in an extremely original way giving more emphasis to the dramatic moment when Crist says “One of you will betray me”. The Apostles are portrayed in groups of three, like a sequence of emotional waves caused by the shocking news, with the figure of a dominant and isolated Crist in the center. 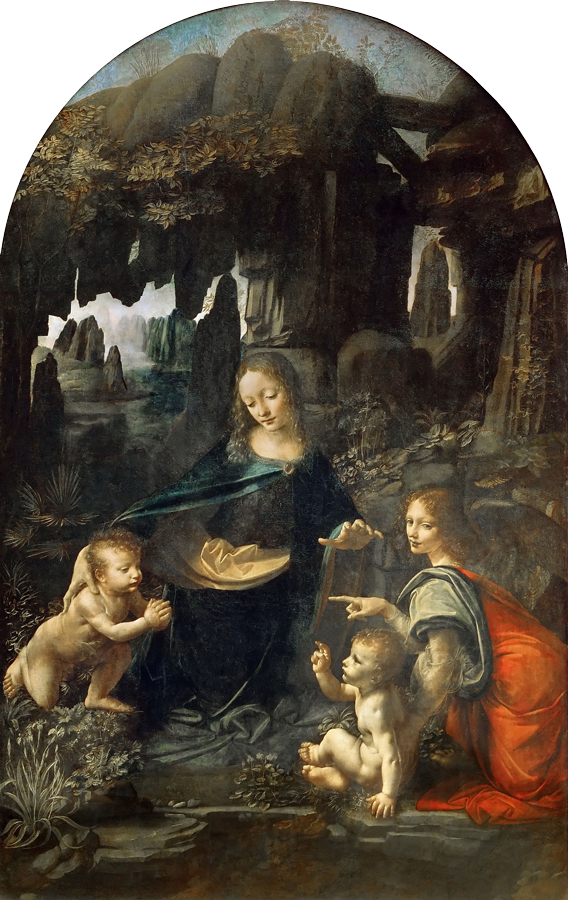 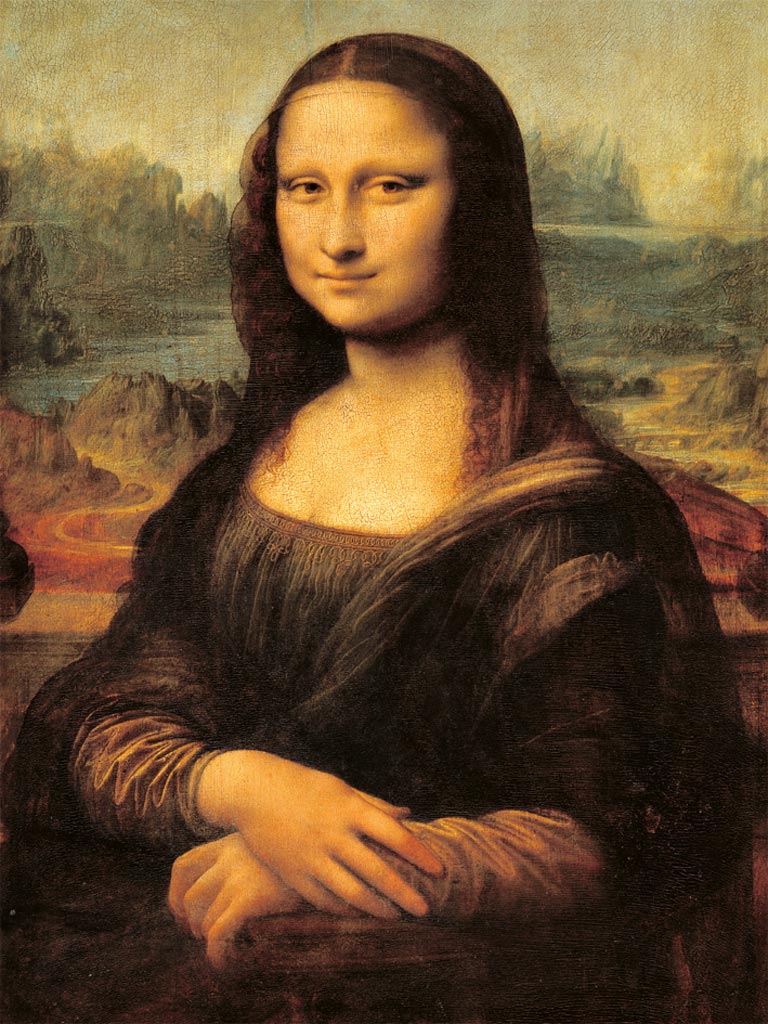 The invasion of Milan by the French troops marked the beginning of a troubled trip that led him to visit various courts, such as Mantua and Venice, till 1501, when he decided to go back to Florence. He found the city very much changed, on one side the establishment of the Republic and on the other the success of young artists with whom there was bad blood, like Michelangelo. He tried to survive with small commissions until the following year, when Cesare Borgia employed him as architect and military engineer. In the successive period he started the work which gave him fame for centuries, the Gioconda, traditionally identified with Lisa Gherardini, wife of Francesco Bartolomeo del Giocondo, hence the name. The painting is universally known as a masterpiece because it goes beyond the traditional limits of the portrait.

After the umpteenth quarrel with Michelangelo because of Leonardo’s aversion in placing his David in front of Palazzo Vecchio, such an important place, so he decided to leave again, first toward Milan, in 1508, then toward Rome under the favor of Giuliano de’ Medici, brother of the Pope Leone X, and finally toward France, where he landed in 1513 together with his apprentices Melzi and Salai, lodging at Francesco I’s court. Here he spent the most peaceful years of his life: despite the old age and a cerebral thrombosis, which paralyzed his right hand, he continued his scientific studies. He dies 2nd May 1519 in Saint-Germain-en-Laye. 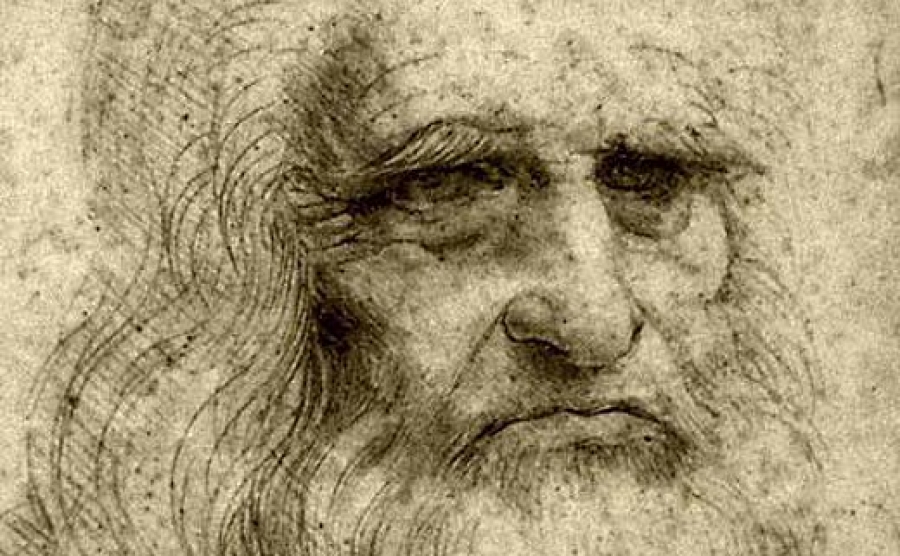 Since the 90s, Sergio Martelli and his two sons, Sandro e Silvano, have designed and created the exhibitions and the permanent museum of San Giminiano, dedicated to torture instruments, and for more than 20 years have make their arts available to chase a dream that is linked with the centuries-old history of their families. Starting from the drawings of da Vinci, who designed and elaborated many engineering projects, thought for the flight, mechanics, hydraulics and above all war, the Martelli brothers, year after year, have meticulously rebuilt – both in scale and full-scale – a collection of models with awesome precision and perfectly working mechanism. Among these the armored car, 5 m diameter x 4,50 m high, and the spectacular wing for the human flight, 9 m span.

The armored car, also called covered car, is a 1485 project based on a Leonard’s drawing included in the Codex Arundel. The illustration represents an armored car with a testudo shape, reinforced with metal plates, with an internal sighting turret on top and equipped with cannons. The motion of the car was powered by eight men who activated gears connected to the wheels. 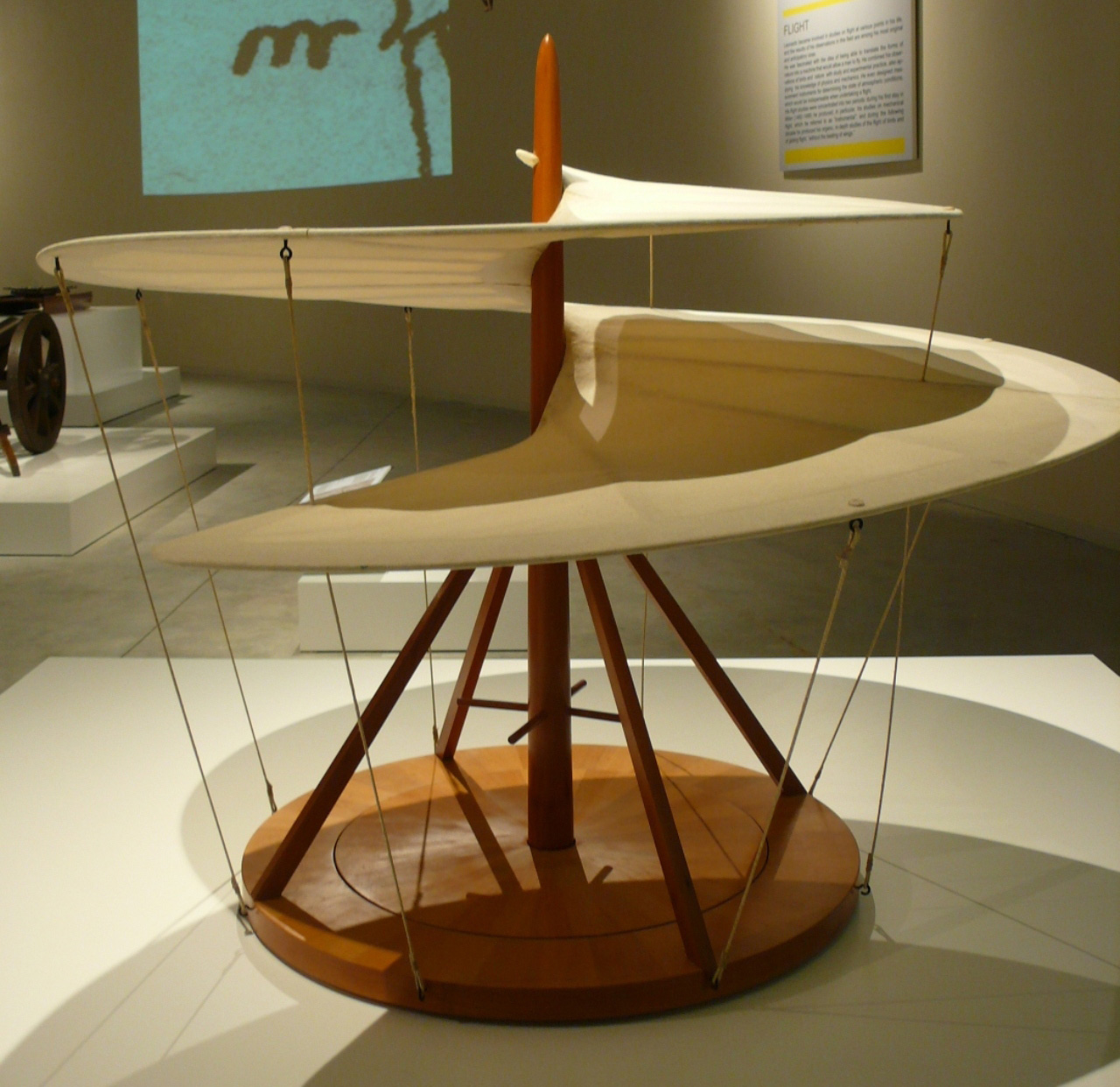 The Aerial Screw is a project of flying machine designed by Leonardo during his first visit to Milan and described on Manuscript B. The machine was made with a fixed round platform inscribed on a moving gear, which was connected to a vertical transmission shaft. On the shaft was assembled a helical structure tapering to the top, connected to the rotating gear at the base through tie-rods. It had to be powered by the strength of four men.

The first project of ornithopter, actually an aircraft that flies by flapping its wings, dates back to the period during which Leonardo started his studies on birds flight. In 1490 He grasped that humans are too heavy, and not strong enough, to fly using wings simply attached to the arms. He therefore sketched a device in which the aviator lies down on a plank and works two large, membranous wings using hand levers, foot pedals, and a system of pulleys. 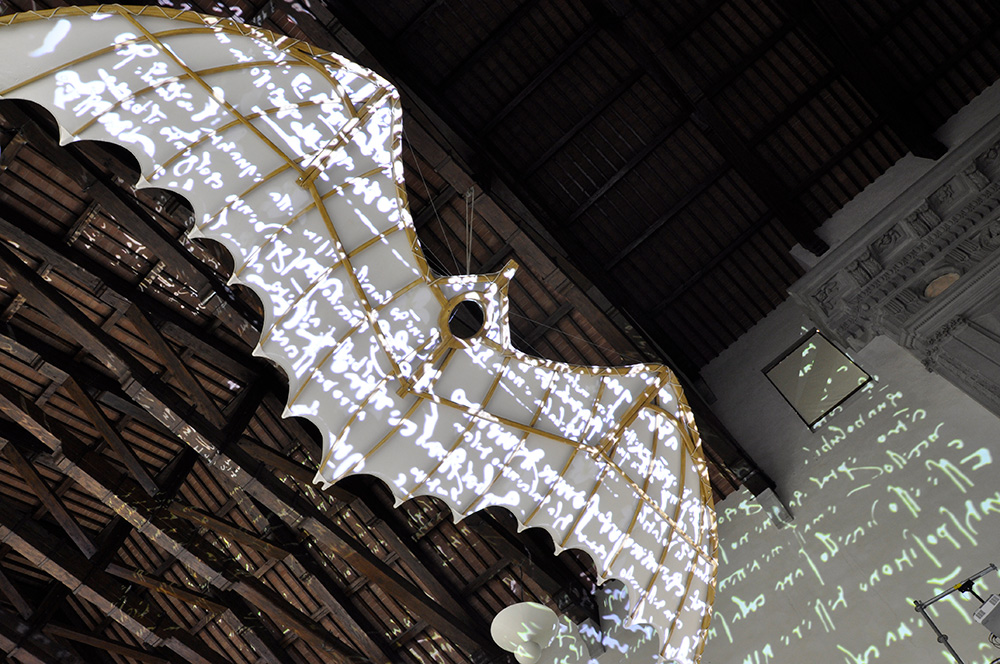 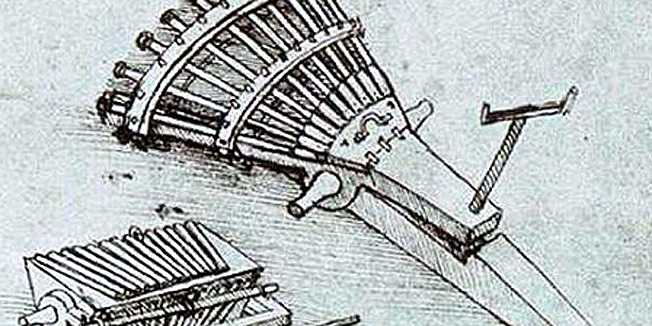 Even if the first model of machine gun was patented only in 1862, Leonardo designed the first project from which draw inspiration. Leonardo sketched an outline of eight barrels with manual activation through a specific crank. The barrels would have shot together producing the same effect of what we still nowadays call machine gun.

Leonardo improved the old device of military throw called catapult. The new project employed a hand-crank that caused tension on the throw arm. The spring was designated to produce a large amount of energy and throw stones or incendiary materials over great distances. 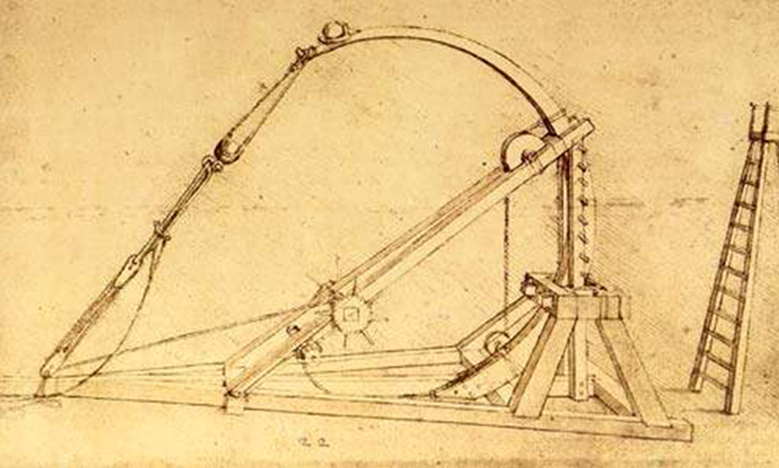 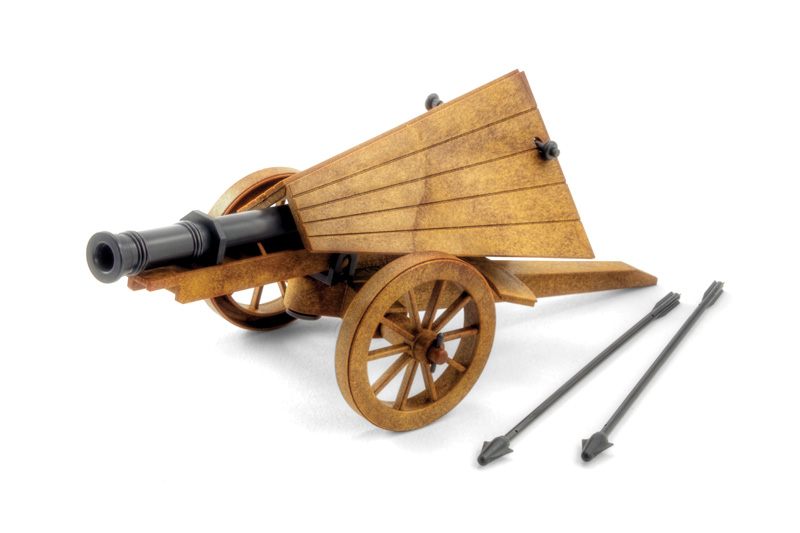 On Folio 32r of the Codex Atlanticus there are two ideas for the Spingarde. The first one was mounted on a tripod and held with wooden pegs along a perforated ring; this solution allowed varying the height of the shot and was designed for spingardes of large dimensions. The second one was equipped a rotated barrel that allowed the transport of a shed or mantle, which was intended to protect the gunner.

It wasn’t a totally new invention, but an improvement of an already existing weapon. At Leonardo’s time, this kind of weapons were used during the sieges. The machines were really heavy and required a lot of time to operate, and they were totally useless on open field. Leonardo analyzed the problem and optimized this war machine. He made easier and faster to reload it, weakened the recoil, projected a rapid sight device. Above all he invented a new type of ball, that is a projectile that, once shot, divided itself in many exploding bombs. 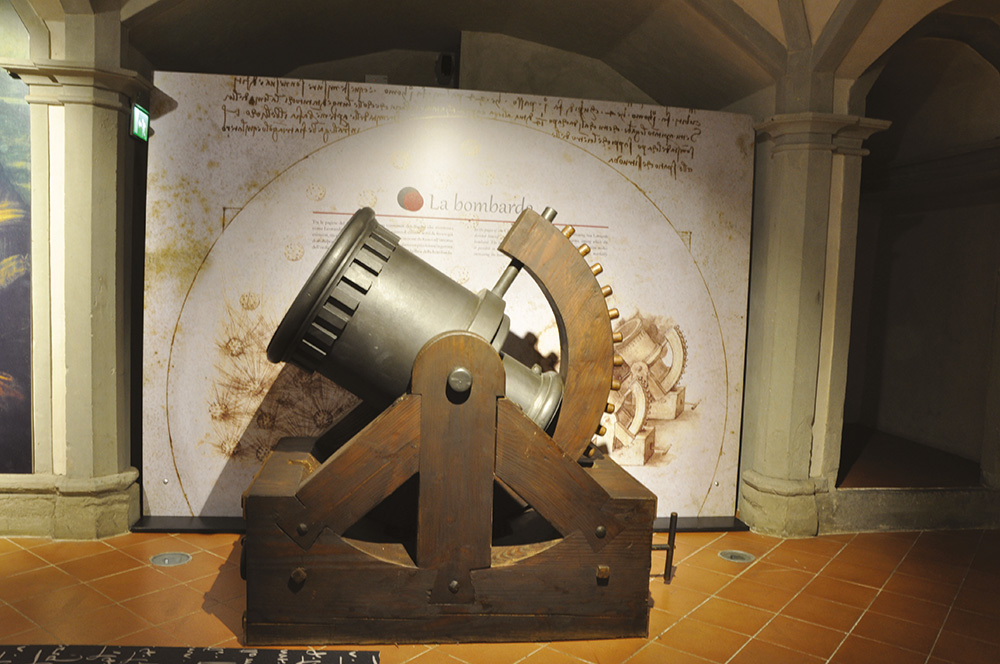 The Da Vinci Experience exhibition will be opened at Il Centro every day, from 16th February to 1th May 2018.

*For the entitled person, the accompanying party has free entrance – Law 104/92.

* Prices do not include pre-sale fees for online purchase

Sign up at ILMIOCENTRO to live the experience of the 3D virtual reality by Orwell!
Registering HERE you can jump the queue and ensure your access to the Oculus VR stations.

HOW TO GET HERE

To select your favourite images, we need your consent to the profiling purposes.

Please, go to MYPROFILE by clicking the button below, use the function “Change” and check the box to consent to the profiling purposes. 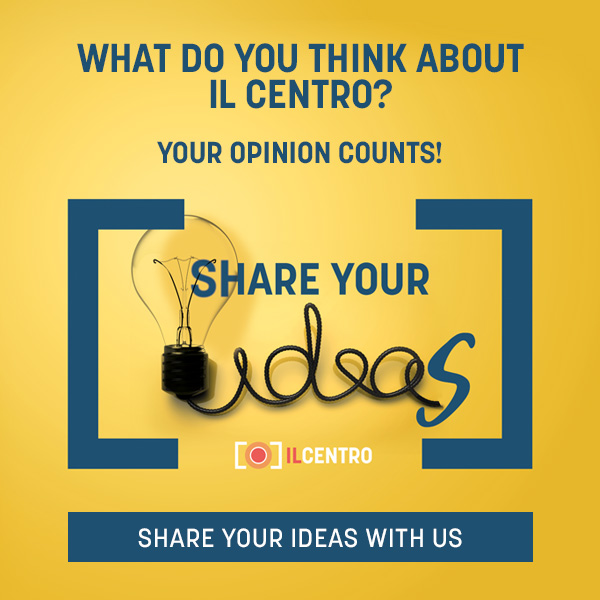 By subscribing to ILMIOCENTRO Loyalty you accept to participate to our prize operations. You can change this option at any time, logging on your personal profile.